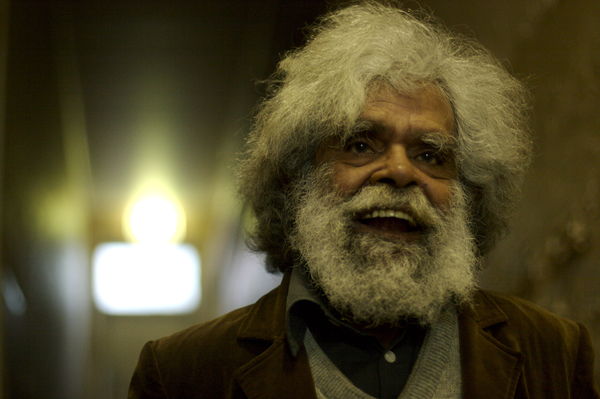 When we first meet Jack Charles he is tying off his arm, preparing to shoot up. Though the camera pays careful, almost fetishistic, attention to the rituals of heroin use — we see close shots of him injecting it no less then four times over the course of Bastardy — there is little pleasure left in it for him. He is maintaining a three decades-long addiction. “If this wasn’t in here” he says to the camera, “it wouldn’t be a true depiction”. If you are Australian or, for some reason, a follower of Australian cinema, the opening sequence of Amiel Courtin-Wilson’s film is not your first encounter with Charles. He is one of the country’s best-known Aboriginal actors, having founded Nindethana, the country’s first all black theater company, and memorably carried roles in films like The Chant of Jimmy Blacksmith online Purchase Pills and Blackfellas. Residents of Melbourne may recognize him as a particularly affable member of the city’s homeless community or, if they live in one of the city’s wealthy outer suburbs, as the man who robbed their home. Since the 1960s, Charles has had a second career as a burglar. He has been in and out of jail since 1960, and living on the streets for an unspecified amount of time despite being a beloved cultural presence.

A member of the Stolen Generations, the tens of thousands of Indigenous Australian children removed from their parents’ care and made wards of the state between the late 19th-century and the early 1970s, Charles is marked by the brutality paid Aboriginal people by the Australian state. He is hardly presented as a helpless victim. Charles was most prolific on the stage, on film he stuck mostly to smaller roles, but Bastardy is all his. He is on screen for almost every one of the film’s 80 minutes, frequently alone, and always willing to talk. The portrait that emerges is detailed and complex.

As is clear from the first scene, intimacy is the virtue on which Bastardy hinges. Charles is willing to show us everything — his burglary routes, his jail cell, the laundry room where he sleeps. He is unfailingly candid and usually thoughtful in answering questions and in the voiceover track that guides the film forwards. It seems there is nowhere he will not allow Courtin-Wilson to follow him. German McMicking’s warm, handheld 16mm photography captures him walking the streets of Melbourne, riding the tram late at night, and just hanging out, playing music. Charles is a friend of the filmmaker’s family, and they grew close in the seven years it took to make Bastardy.

Courtin-Wilson is not as forthcoming. On the film’s web site, he writes:

“As Jack and I became closer, he effectively moved into my house several times and there were periods of months where the filmmaking paled in comparison to the increasingly profound friendship we developed. This intimacy finally culminated in becoming embroiled in Jack’s criminal activities to the point where I was unsure if what I was doing was legal anymore.”

Very little of this is in the film. On a few occasions it is implied that Courtin-Wilson is recording outside a house that Charles is robbing. Towards the film’s conclusion, Courtin-Wilson involves himself after Charles has burglarized the house of someone working on the film. Though he is able to return to an heirloom ring, she has already called the police. When they inform her that they have learned Charles’ address, the filmmaker passes the information along to Charles. The ethical implications are less troubling than the narrative ones. For all its depth, the film is missing an animating purpose. I was never sure where I was in the film or where it was going. Had Courtin-Wilson shown us more of his involvement, he might have found a structure to sustain Bastardy the whole way through.

In the impromptu discussion that followed the screening, someone suggested that Bastardy is without conflict. That is an odd thing to say about a documentary whose subject is a 60-year-old actor turned junkie burglar, but it’s true. This is not a movie about somebody who wants something. Charles is upbeat, but lackadaisical. He seems resigned to a future as an addict. He wants a place to live, but the film is in no way structured around that desire. Both of these problems are in fact resolved by the film’s end. Charles finds affordable, and apparently dignified, public housing, and during a final yearlong stint in prison, he gets clean. These developments happen off camera, and their suddenness renders them oddly hollow. It is not because they are manipulative or emotionally insignificant — Charles is immensely likable and sympathetic from the beginning, and Bastardy logs enough time with him that is impossible not to become invested in his success. But because we do not have access to any of the work that allow these transformations happen, we do not get any of the satisfaction that character studies such as this, fiction or non-, are supposed to deliver.

This is, of course, not the only satisfaction a profile like Courtin-Wilson’s can provide. As his film’s title implies, Courtin-Wilson is less interested in telling a straightforward story than evoking a condition of life. He is partly successful here. Bastardy‘s first half is a vivid depiction of Charles’ life in Melbourne, but Courtin-Wilson’s direction is not austere enough to keep us lodged in this world. He is oddly averse to live sound, and we are constantly dragged into separate spaces. Too much of the movie is given over to montages of Charles wandering the streets set to the plinking, vaguely melancholy sounds of Cocorosie or John Cage’s gamelan compositions. He provides too little context to call it a biography, and too much for it to survive as a vérité portrait. Information ekes out in intermittent globs as though knocked from an uncooperative ketchup bottle. It is not until Purchase Order Bastardy Order ‘s third act that we learn that Charles is gay, or hear any of the details of the relationship that helped define his life.

This is the sort of project that highlights the need for a plausible market for 30-40 minute films. There is much in Bastardy Purchase to admire, and even like. Jack Charles is engaging, fun to watch, and his story is moving. Courtin-Wilson’s rapport with Charles yields a frankness rare even in an era as saturated as ours with people willing to expose themselves on camera. His editing team — Jack Hutchings, Richard Lowenstein, and Bill Murphy — handles the abundant footage well, negotiating the three formats in which it was shot, along with clips from Charles’ long acting résumé. But the whole is unshapely, it’s purpose hazy. Courtin-Wilson stretches thin his resources in the effort to extend Bastardy to feature length.